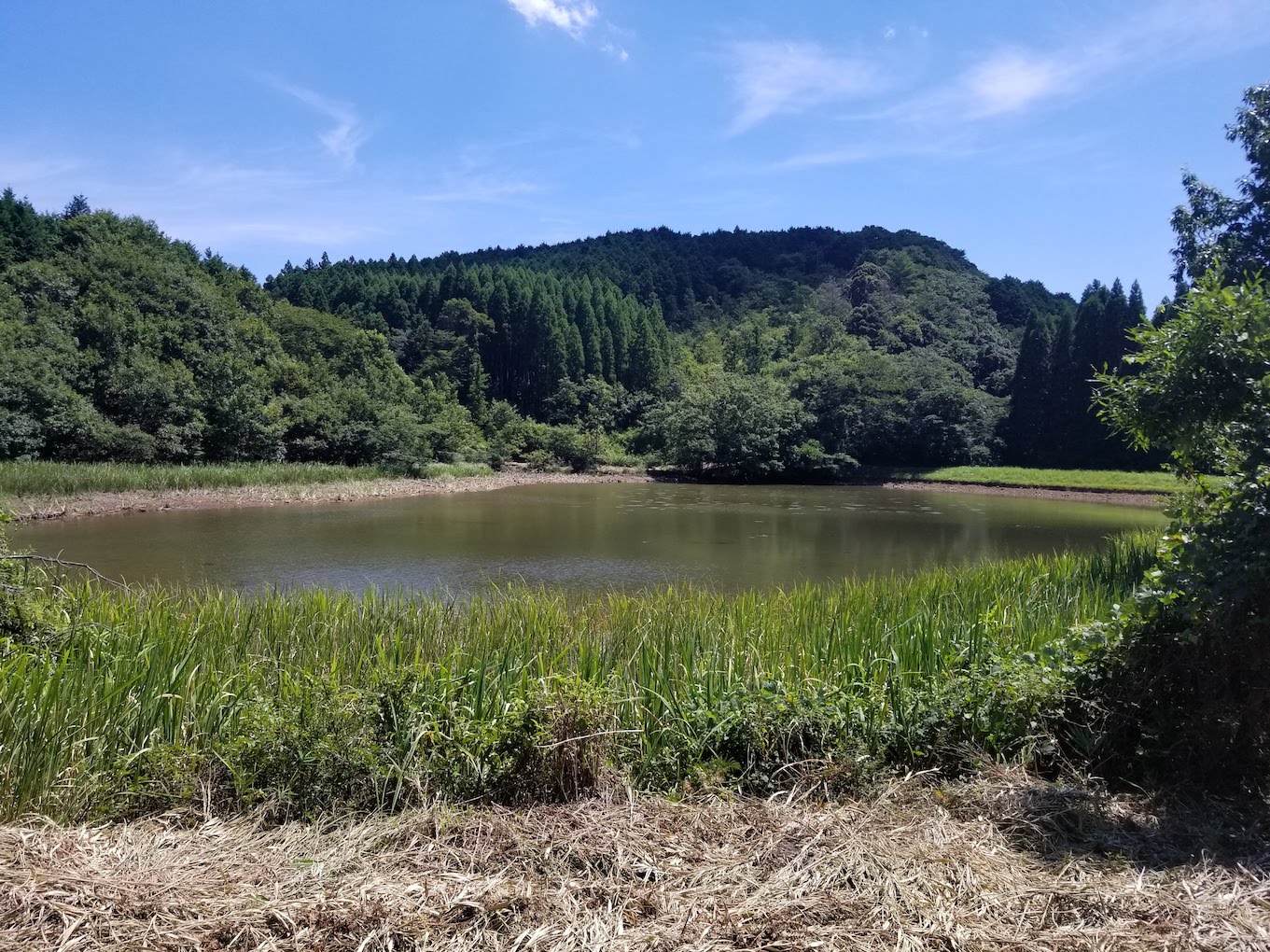 The walking courses are available in Google Maps accessible through the map below. 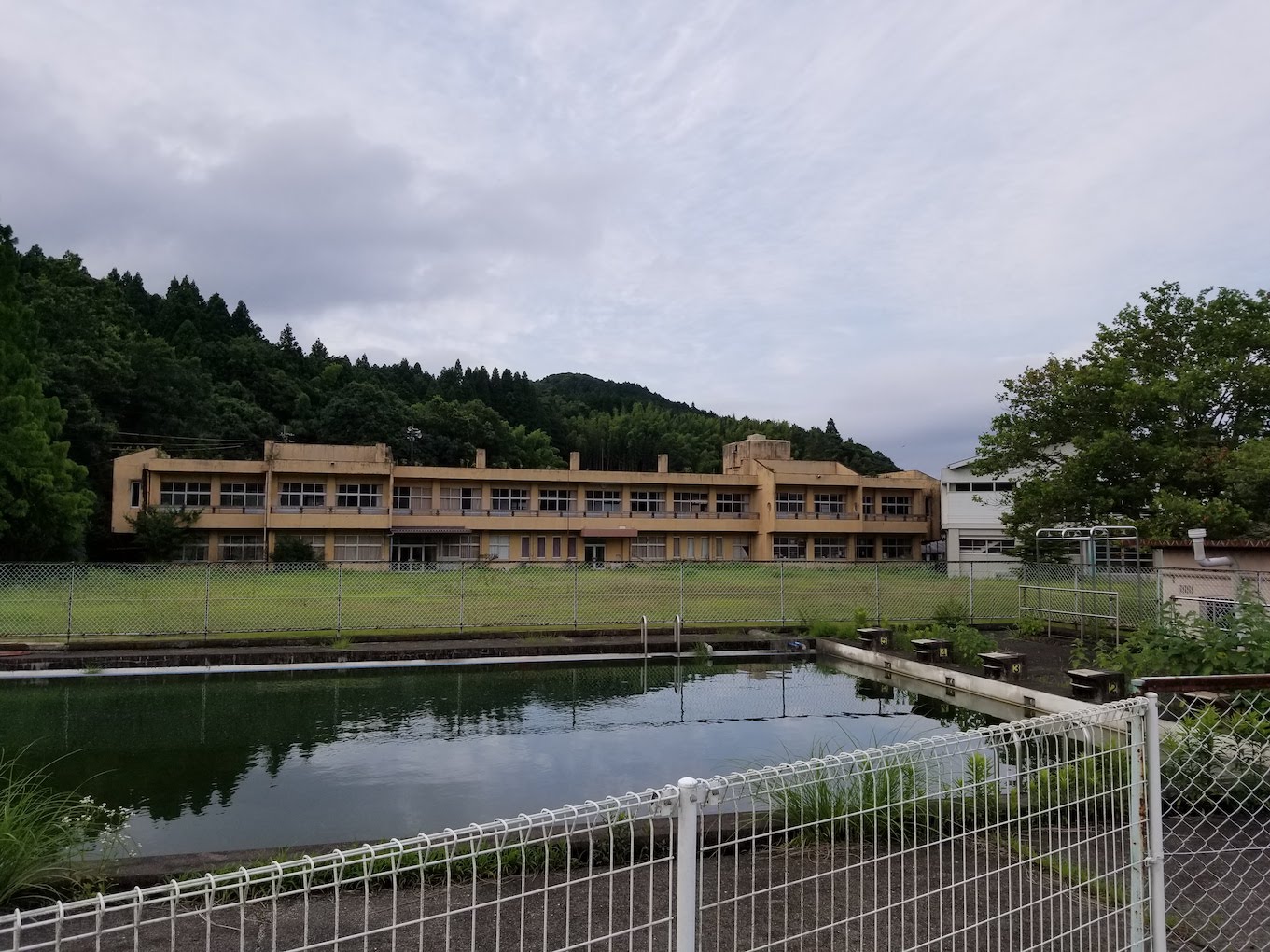 Asada, once a bustling elementary school is now unneeded and unused as a result of population decline. In it's lively days children would walk from beyond the surrounding mountains to take their classes each morning, returning again in the afternoons. This walk follows the path which the school children would have taken each day. 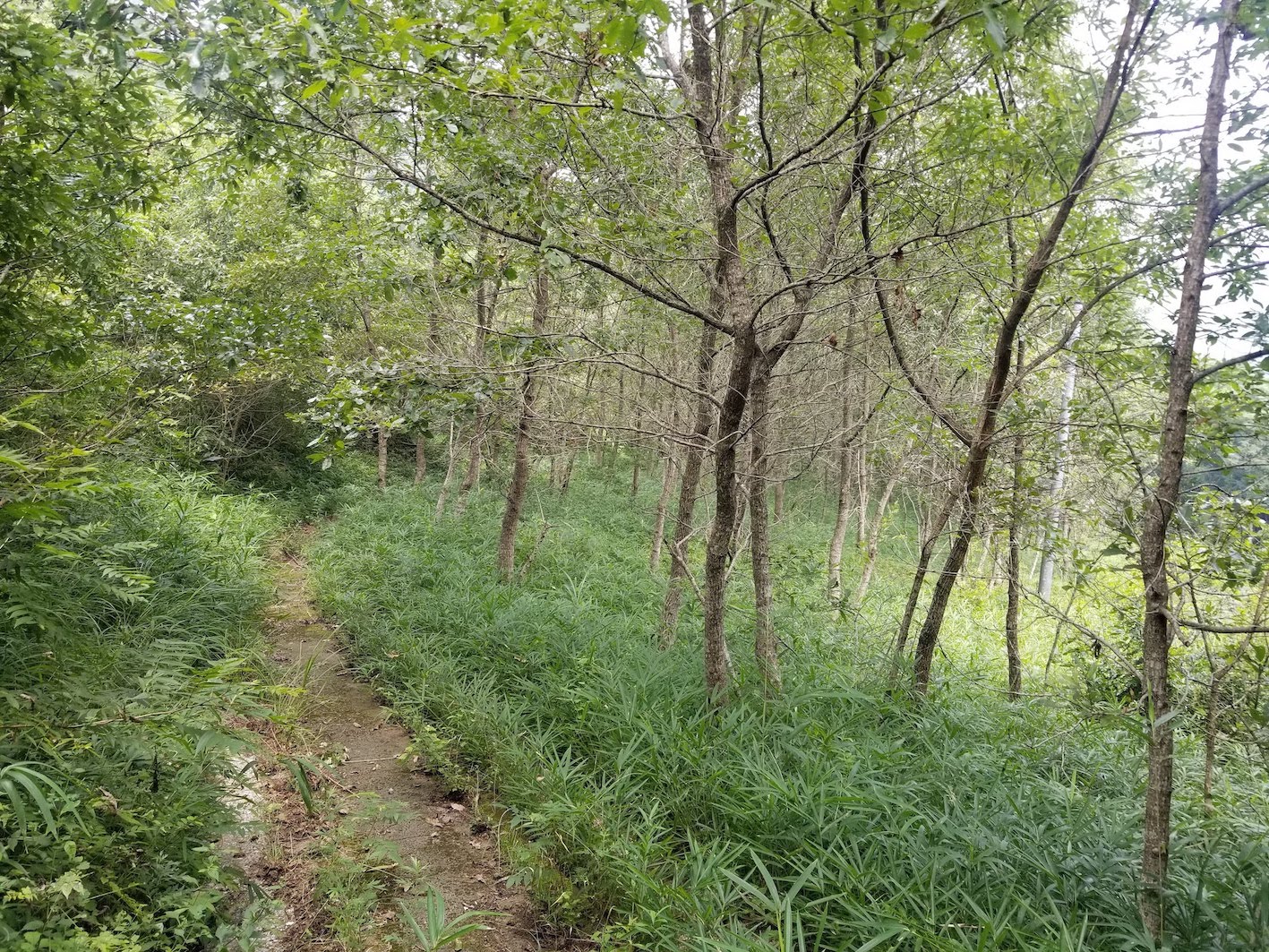 The route is gently undulating and suitable for people with lower fitness levels. The climb and descent over the mountain is fairly gentle and easy to walk.

The route passes by Cypress and Cedar trees as well as Sawtooth Oak forests used for cultivating Shiitake mushrooms, a local delicacy. 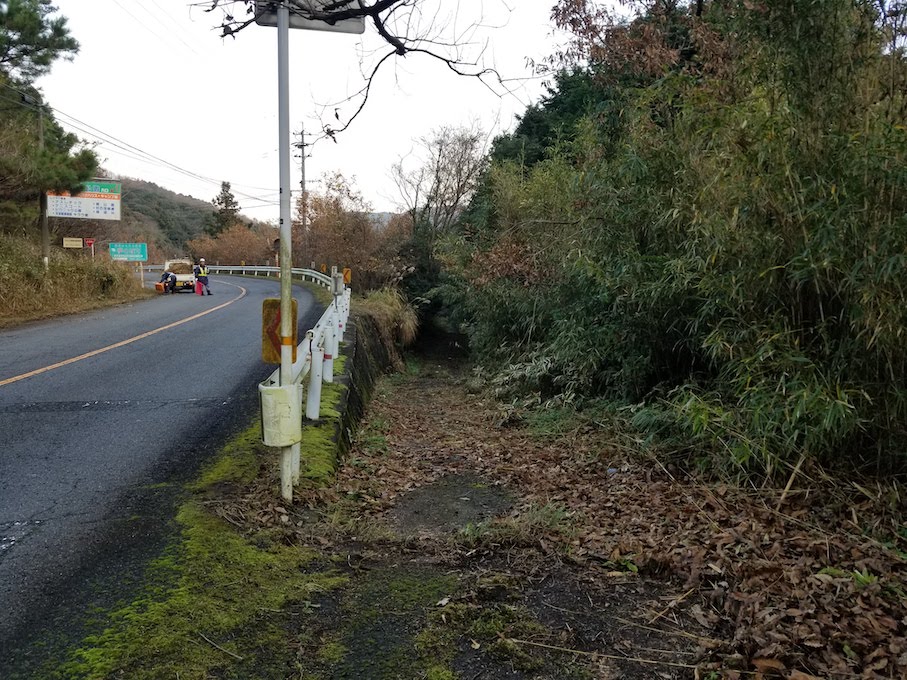 At some points the course crosses roads with traffic, the route can be difficult to determine as some of the turns are hidden. Please take care when crossing the roads and double check the co-ordinates with your GPS/ Maps to avoid a wrong turn.

Experience life in the satoyama

This trail reaches deep into the forest to visit a historical Rokugo Manzan site, a culture unique to the Kunisaki Peninsula, as well as visiting the Agricutural Heritage systems of irrigation pools and Sawtooth Oak forests where Shiitake Mushrooms are cultivated.

The route we introduce descends the mountain, however the reverse is also possible for those who would prefer to climb the mountain from the base. 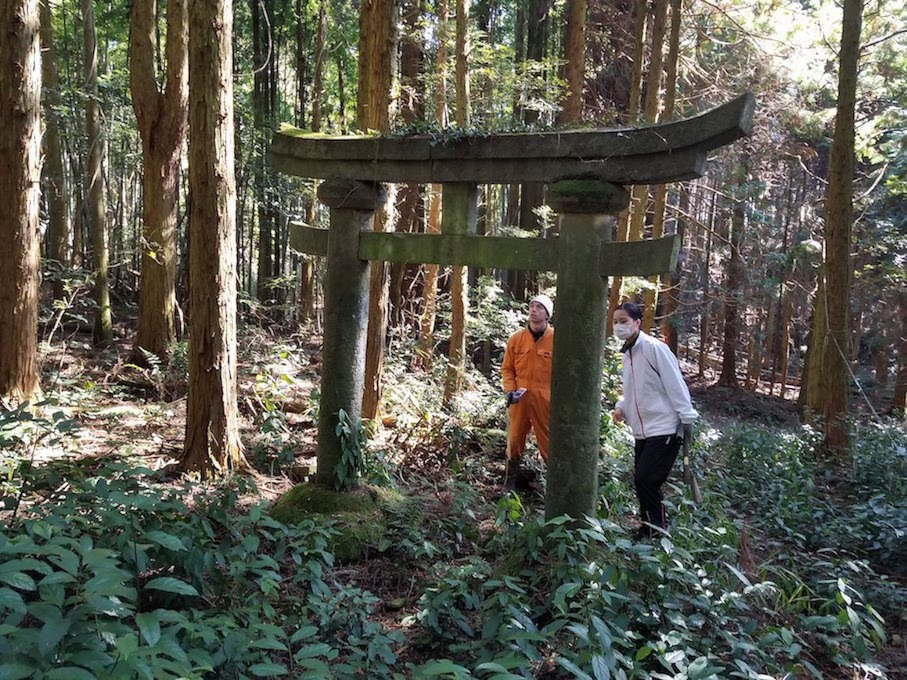 The Yokotake Gongen (Manifestation of a Buddha) used to be the inner section of the now abandoned Yokotake Enmei Mountain Temple. At the Gongen, descend the stairs to find a Torii Gate engraved with regnal year names from the Edo period.

The Torii gate and temple are typical signs of the Rokugo Manzan Shinto-Buddhist culture native to Kunisaki. Although it's hard to picture from the remaining ruins, we can see that there used to be functioning villages and livelihoods around the temple.

A little further from the temple you will find Ishibuya Reservoir (石生谷ため池). Encircled by Sawtooth Oak essential in Shiitake mushroom cultivation and operating as part of the irrigation system, Ishibuya reservoir displays the agricultural heritage systems of the peninsula. 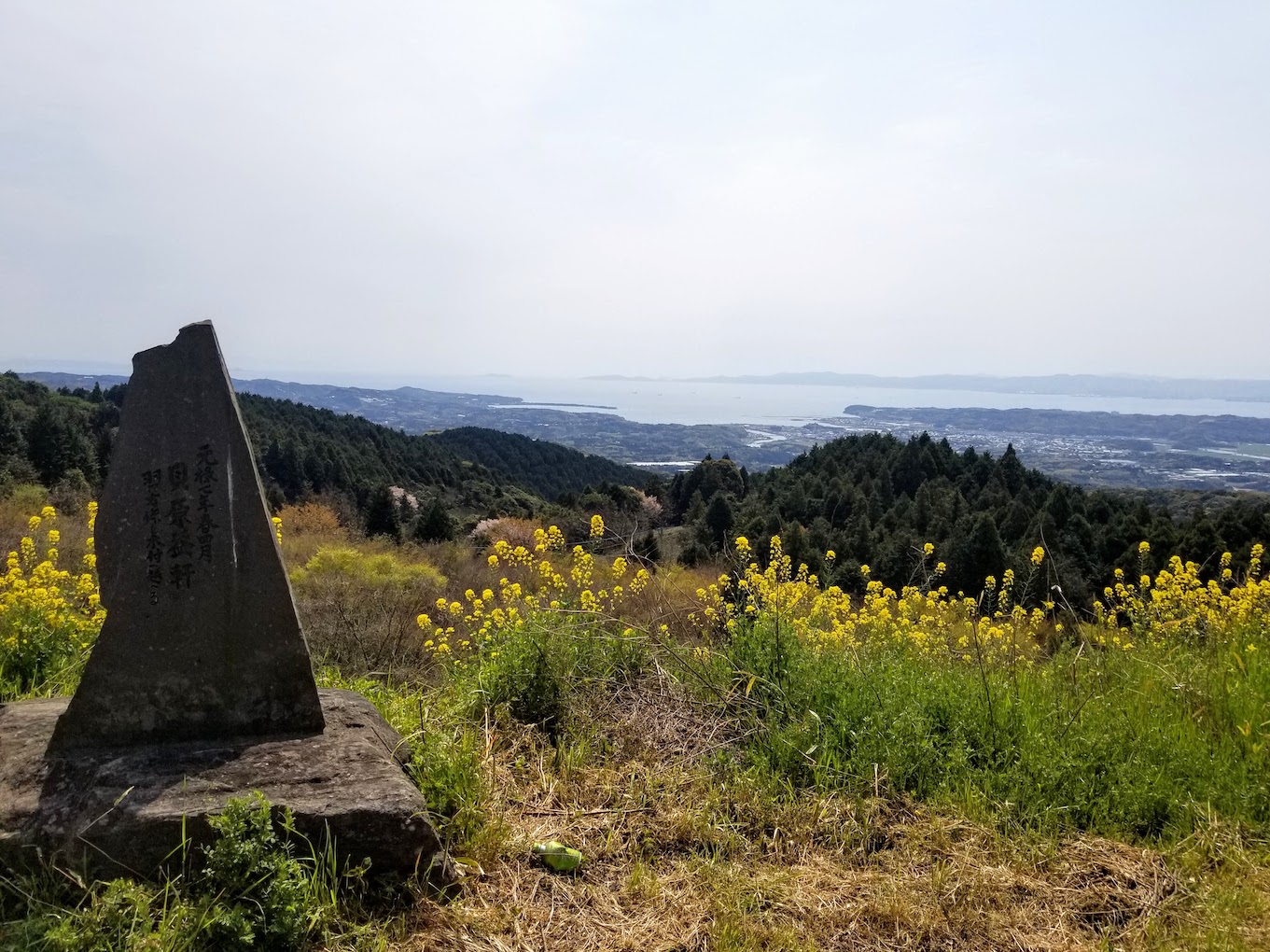 Experience the villages of the Edo period

Starting from the pass overlooking Kitsuki City and Beppu Bay, this route was used as the main road through the Kunisaki Peninsula, running from the current Kitsuki City, through Ota Village to the main port during the Edo period. 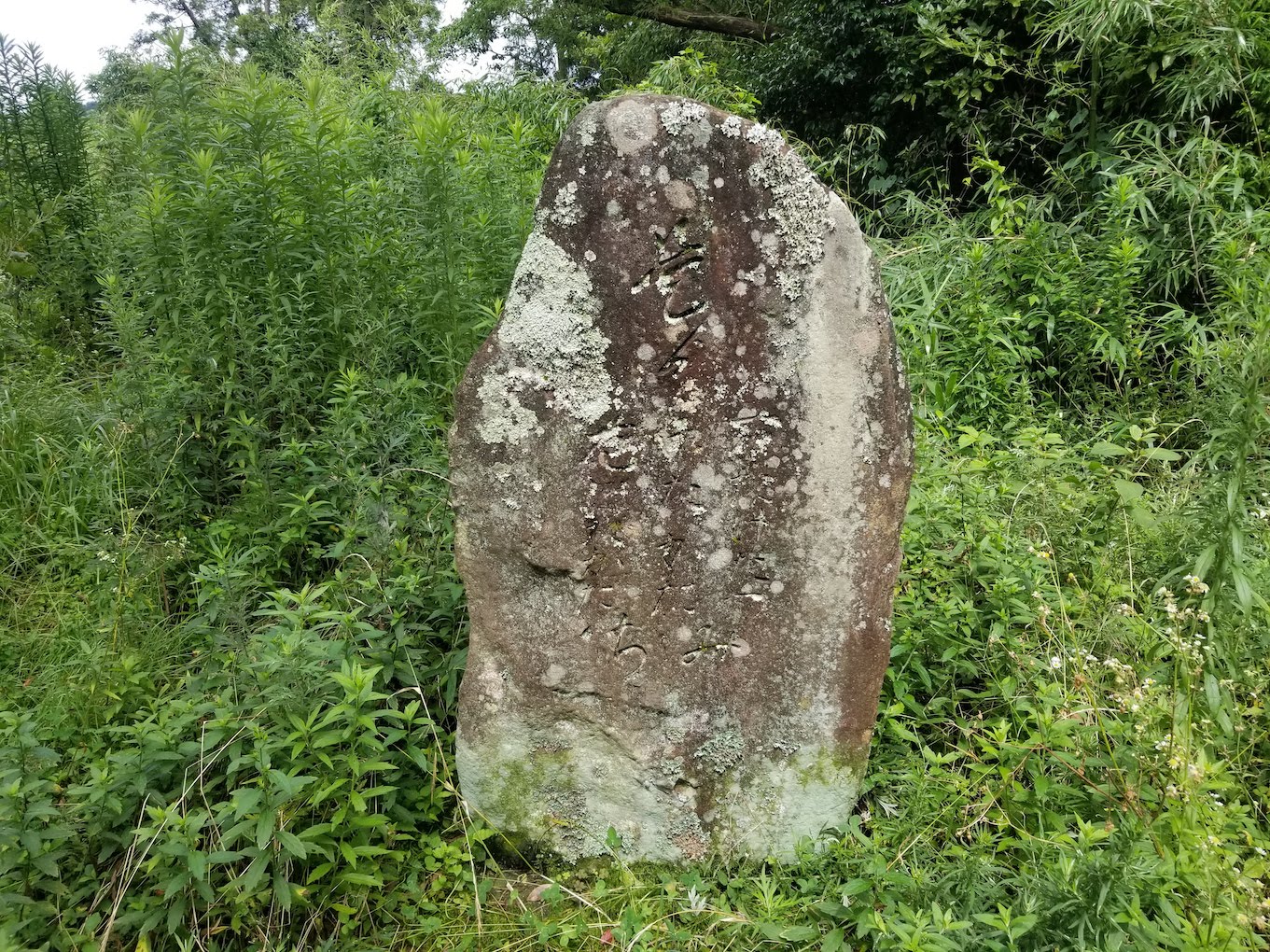 The stone monument on the left side of the road is believed to have been a signpost for travellers from Kitsuki during the Edo period.

Although it is now mostly eroded, you can make out the old village names  "Right たけたづ, Middle たかた, Left はたかた"

たけたづ Taketazu (Right) is currently located in Kunimi Town, Kunisaki, and used to be an important point for travellers to cross the Seto Inland Sea on the Sea Road to the capital, Edo. The ruins of an old teahouse, active until the Showa period, suggests that the route was well used, with many travellers coming and going in its time. 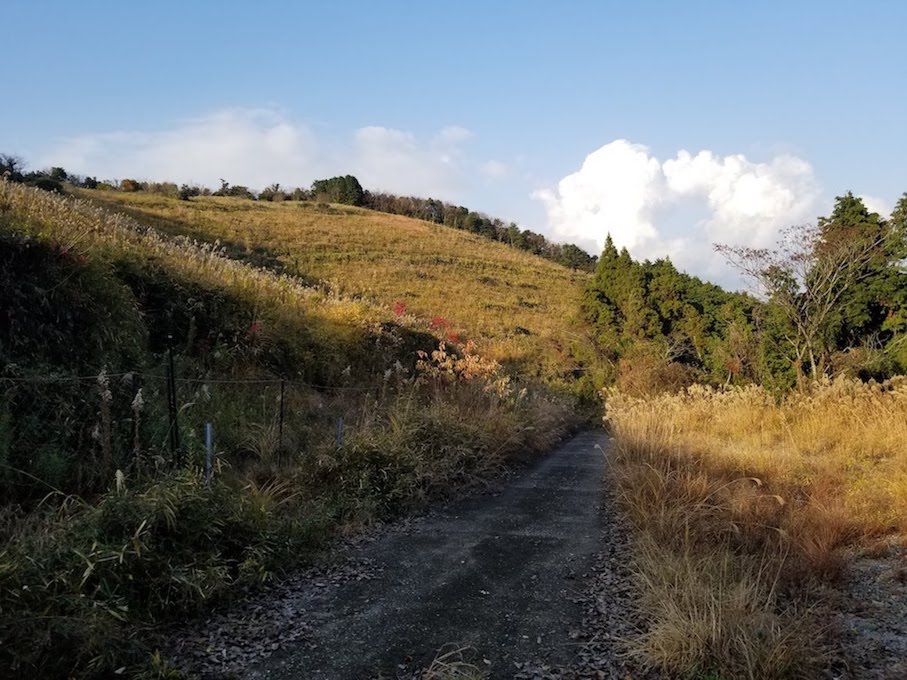 The trail passes through various landscapes and forests where you may be fortunate enough to spot some rare birds and wildlife.